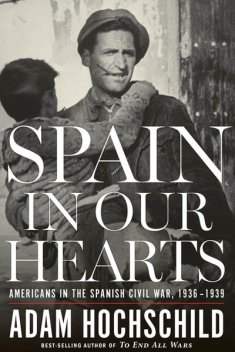 My review of Adam Hochschild’s wonderful history of the Spanish Civil War has been published by The New Republic. It’s a monolingual book, but I think it’s better than Orwell’s Homage to Catalonia as an introduction to the conflict. The popularity of Orwell’s Homage had a lot to do with the Cold War, but I think Hochschild, to his credit, has written a post-Cold War book.

With all due respect to Orwell, Spain in Our Hearts should supplant Homage to Catalonia as the best introduction to the conflict written in English. A humane and moving book, it is well-paced and meant to be read rather than studied. It might be best described as a post-Cold War history of the Spanish Civil War. Spain in Our Hearts allows its reader to relive, from multiple angles, the emotional and intellectual logic of anti-fascism. That is, perhaps, what will make this book speak to our present moment, when political forms with more than superficial resemblances to fascism have sprung up as twisted responses to local and global inequalities. The divided factions of the left who fought each other during the Spanish Civil War are all our ancestors in the struggle for social justice. But that kind of division is no longer necessary.

With the Soviet Union gone, a broad, anti-fascist coalition of liberals and the left—the kind that brought the Spanish Republic to power in the first place—makes good political sense. Disagreements and debates within that camp needn’t be fatal, either figuratively or literally. Perhaps, then, the principal moral message that Spain in Our Hearts has for our time has less to do with the way in which our world resembles Spain of the 1930s and more to do with the ways it does not. In the most amusing moment of the book, British Labour party leader Clement Attlee visits the Republican front lines and mangles his Spanish, calling out, “¡No pasaremos!” (We will not pass) instead of the anti-fascist slogan, “¡No pasarán!” (They shall not pass). We don’t have to repeat the same mistakes.

The featured image, incidentally, is Ernest Hemingway with Ilya Ehrenburg (left) and Gustav Regler (right), during the Spanish Civil War.