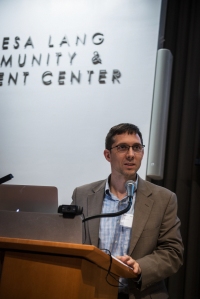 I am the author of Neither Peace nor Freedom: The Cultural Cold War in Latin America, which was published by Harvard University Press in October 2015 and won the 2017 Luciano Tomassini book prize from the Latin American Studies Association. I am currently an associate professor of history at the University of Wisconsin-Madison, where I teach primarily in Latin American history and U.S. foreign relations. From 2015 to 2017, I was a professor of the “US and the World” at the University of Texas at El Paso. In 2014 – 2015, I taught in the political economy program at UC-Berkeley, and in 2013-2014 I taught in Berkeley’s history department. From 2011 to 2013 I was an Andrew W. Mellon Fellow in the Humanities at Stanford University. I completed my Ph.D. at the University of Chicago in 2011, graduating with distinction.

In addition to my academic research and writing, I am a contributing editor at the New Republic and a member of the editorial board of Dissent magazine. In addition to those publications, I have also written for The New York Times, The Nation, the Los Angeles Review of Books, The Chronicle of Higher Education, The Awl [R.I.P. Awl], and The Baffler, among other places. In Spanish, my writing has appeared in Nueva Sociedad, Letras Libres, Nexos, and Horizontal.

In general, my research interests include the politics of culture and intellectuals, socialism and democracy, poverty and inequality, imperialism, and transnational political networks. I am currently working on a book project about the major foundations (especially Ford and Rockefeller) in Cold War Latin America, including an analysis of how social scientists understood and responded to poverty and inequality.